Beekeepers in Washington have already seen the hornets devastate their hives; Japan attributes 50 human deaths a year to the nasty buzzers, which have “teardrop eyes like Spider-Man, orange and black stripes that extend down its body like a tiger, and broad, wispy wings like a small dragonfly,”

On this episode of Breaking Trail, Coyote and the crew are in one of the most remote stretches of wilderness in all of Japan… and they come across none other than the Japanese GIANT Hornet! This creature injects venom in such a high dosage that it can destroy tissue and attack the nervous system of its victim. Will Coyote be able to stand the pain as he finds out just how nightmarish this hornet’s sting really is? Get ready, you’re about to see Coyote enter the Sting Zone yet again… and get STUNG by a Japanese GIANT HORNET!

In Asia, the bees have no natural predators…

However, when they attack Asian honeybees, the bees will swarm the attacker and kill it via body heat.American commercial bees are European and the hives have never learned/inherited this defense.

Posted by: Adriane on A♠ 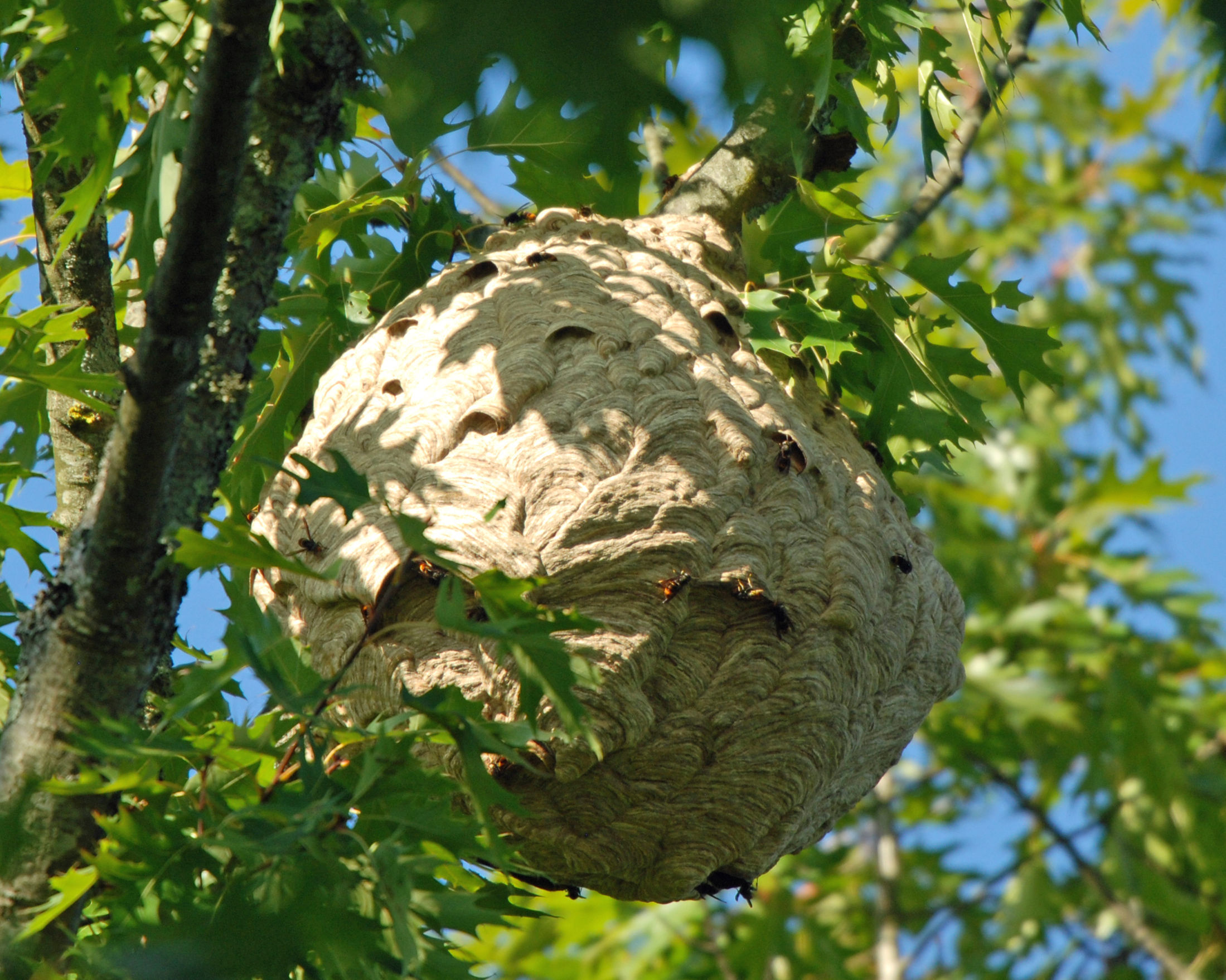 In a similar vein, meet the “Cow Ant,” which is actually a ground wasp with a sting.

I don’t know what a murder hornet does, But I saw really pretty red and black ant. I decided to pick it up and look at it. It looked like velvet. It proceeded to sting the shit out of me.

Posted by: Oldsailors Poet on A♠

They call those cow killers around here. They are actually not ants, they are ground wasps.

Posted by: Vic on A♠

Vic linked to this pic: